Heading to "Der Bunker" (which used to have 88mm anti-aircraft guns on top during WWII), but at that time housed all kinds of production and photography studios, I ran across Felix, who stepped out of his VW and asked me something (in German).  Only being there a week, I had no idea what he was saying. Looking in his VW, I saw his bass guitar propped up in the back seat, and made a gesture. 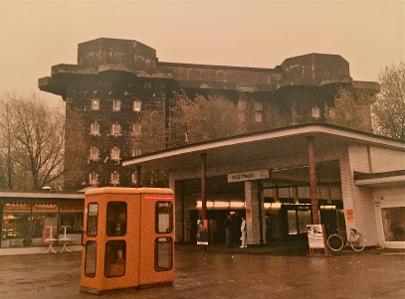 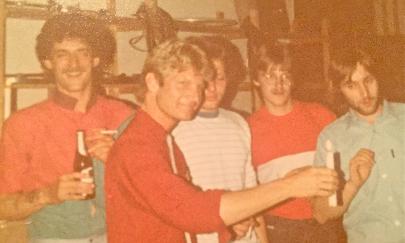 Felix (far right) was the mystical one of the bunch...

After some reflection, apparently pulling those English classes he had in school years ago, he finally said: "We call you. Eight o'clock."  He nodded to make sure I understood, and I nodded in return to let him know I did. And with these words my life changed.  Completely.

Promptly at eight p.m. my telephone rings.  "Perkins, here." (I learned this was the way people in Germany answered the phone.  Very logical, by the way.  One doesn't have to ask if its you, and you can get to the point - or to business - right away.)

"This Michael Stöver, and I see you have met our bass player."  We talked a bit about how that all came about, then Herr Stöver said something that had me understand why Felix lit up when I said sythesizer: "We have been looking for a keyboarder for close to 6 months now."  So we made arrangements to meet, listen, and jam.  Which we did.

We met in their practice room inside a deserted factory which housed lots of other bands. We played each others tapes - turned out I really liked their songs, and they really liked mine.  Then we jammed a bit, they liked what I added to their music, and I liked how they handled mine. Then it happened.  We created a brand new song together and when finished, no one needed to say whether or not I was in the band, there was an understanding that I was already a member.  German or English was not needed, the music spoke for all of us.

I later learned that Felix stepped out of his VW to ask me if I had a light for his cigarette. 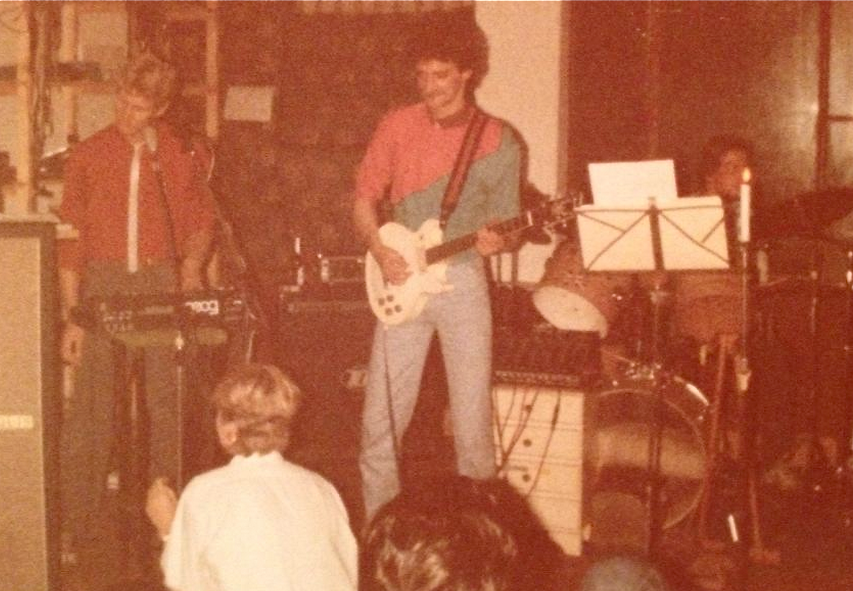 In the practice room, which besides all our equipment, always had candles and beer.

After a few weeks of an intensive creative process, we created two sets and it was time to play in those underground pubs Hamburg is famous for, but before we did, we decided on doing a 'pre-performance' gig in the practice room.  Well, basically it was a party, but the idea was sound: to play through our repertoire in front of people, before we go out to a club and play in front of people.

Who came to the party is now a part of Hamburg Music Legend.  Running into some of of the top models from Dallas who were working Europe was Lise Wilson, Jan Walker, and Kim Cartwright, who brought some of their German model friends.  Word soon spread through-out the entire factory that our practice room was full of "Unglaublich Superschönheiten Damen" (Unbelievable Super Beautiful Ladies).

After the music show, Lise and Jan did a cheerleading routine that brought the house down.  I was amazed, since Jan went to SMU and Lise was a TCU Horned Frog alumni - how did they do their routine perfectly if they went to different schools?  Don't they have different cheers?  Well, maybe its an unspoken cheerleading thing.  After a lot of partying and singing German 1980's style, I don't remember much after that.  But I did manage to get home....with my Moog synthesizer...which was my prized possession at that moment in time.  In the days that followed everyone there said they had a blast, too. 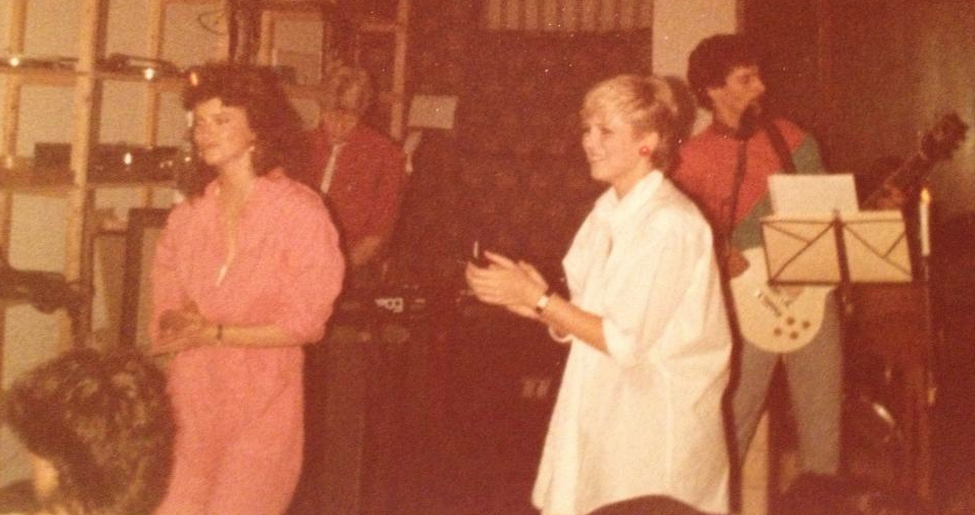 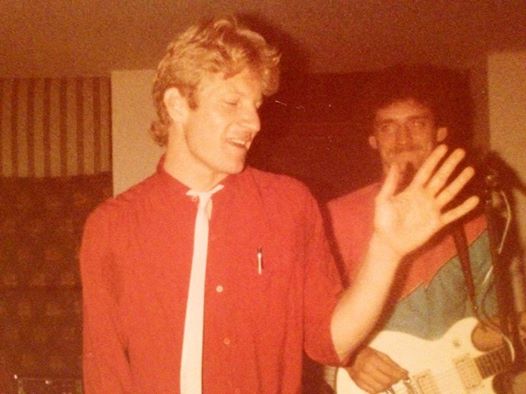 If I look happy, its because I was... 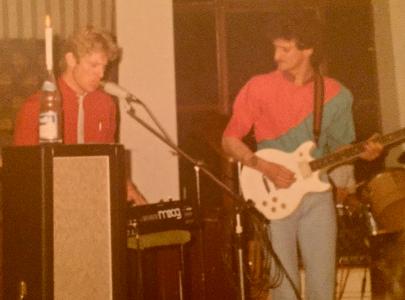 For some reason Stephan & Felix were always hiding behind their speakers... 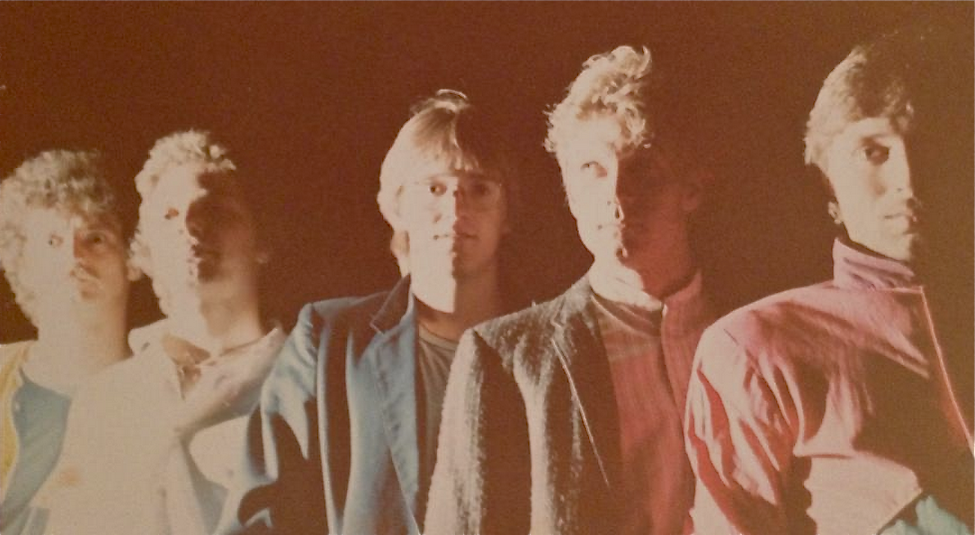 "When taking band photos, you have to look off camera like you're disinterested..." 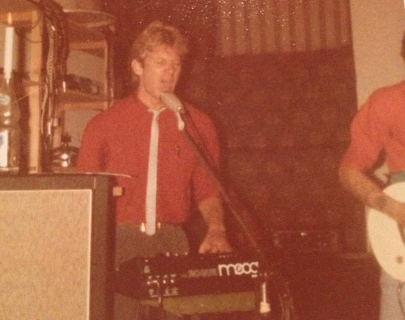 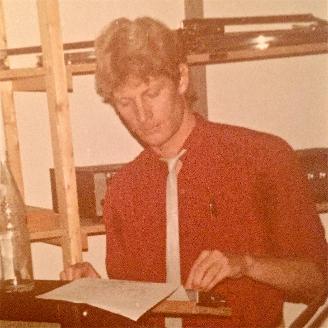 Doing a solo on a mini-Casio... 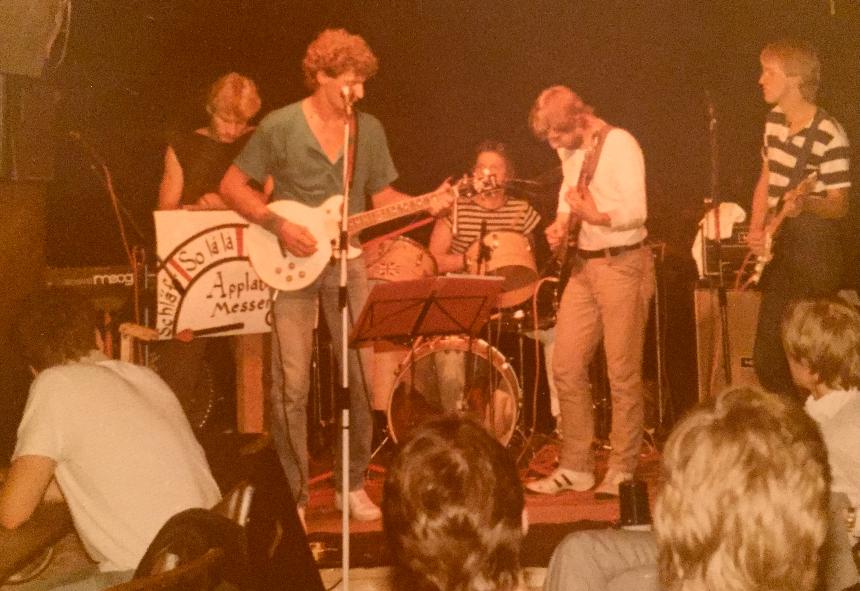 Perhaps we should first explain the Applaus Messer (Applause Meter) which was a brand new concept to the German pub scene. There were four levels of measurement:

Turned out the audience took this measuring device very seriously, and were not satisfied until it was proven after each song they were thoroughly sauced.

This was Turbary's first real gig, and mine too (which is actually why I got thrown out of my first band in Dallas, they didn't want to play clubs and parties, and I of course did).  Turbary always wanted to play gigs, but never felt they were ready.  They said I helped change that.

We were all scared shitless when we started.

And for good reason.  Remember the pre-performance 'party' mentioned earlier?  Well, every other band in the practice room told everyone they knew about the "Unglaublich Superschönheiten Damen" that apparently were part of our group (I guess they wanted to see Lise and Jan do their cheerleading bit again, or maybe they thought it was a part of the show), so Kunst was packed.  (We talked with the owner after the gig and he asked how soon could we play again....turns out the club had never been so filled).

Anyway, after the jitters of making it through the first song, we felt right at home, doing what we do, but with that indescribable energy of a loving and excited audience interacting with us.  By the second set we were in heaven.  Having fun, notice the difference in the photo above and the one below, 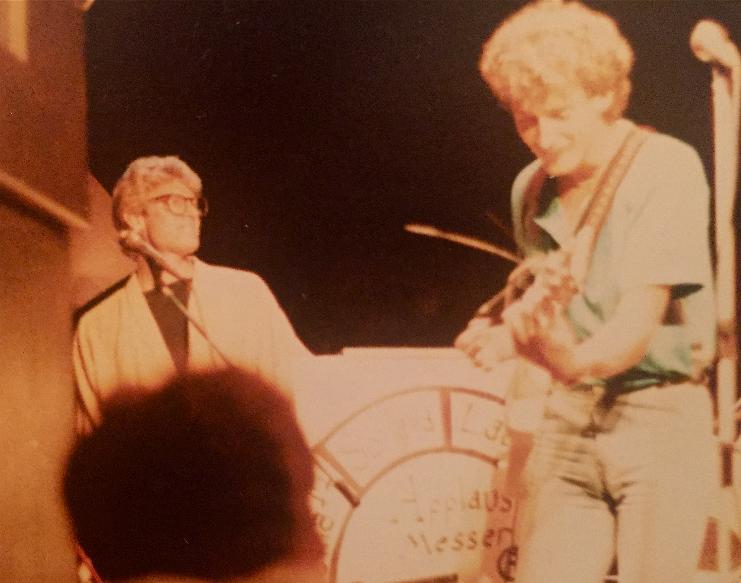