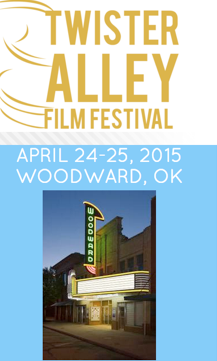 On a high school teacher's salary, I have to pick my film festivals carefully.  At anywhere from $25 to $75 entry fee that must be paid to submit a film or screenplay to a film festival, one can't enter all one wants to.

On the last day of 2014, we saw the above festival requesting submissions.

Woodward, Oklahoma? "Where is that?" Amanda wondered.  A few seconds on Google and she told me: Out in the middle of nowhere.

Actually, we both found the idea rather intriguing. Who in their right mind would want to hold a film festival in a place that even Wikipedia says is basically famous for being hit by a tornado in 1947?

Well, at least we then understood the name of the festival...

Then I began to study the photo...really study the photo...and bang, we decided I would enter. Why? First, I too, have lived a while in a small town, from 1959 to 1963 in a place called Bastrop, Texas (population cir. 2000 at the time) where I was introduced to the movie theater.  This photo reminded me of those days when there were only 3 TV channels (mostly in just black & white) and a movie meant something; a story - a real story - one that moved you, one you remembered - many times remembered for the rest of your life.

This Twister Alley Film Festival photo told us a STORY.  A wonderful story.  For me, the last time I saw a powerful image and story about a movie house was The Last Picture Show (1971), Peter Bogdanovich's coming of age story set in a dying town.  But this photo, this story about to be told in Woodward was colorfully shining the exact opposite. The photo of this theater was telling me Woodward was about to be reborn.

Amanda liked the art deco building and the lighting of the image.  Plus she'd also never been to Oklahoma.

Then came details from the festival directors Josh Hope & TJ Treece when two of my screenplays were accepted:

The festival will pick you up at the airport, hotels & meals will be provided, a shuttle bus between the theater, hotel, and where ever you want to go in Woodward....

My god!  I thought this kind of treatment only happened in Cannes, or Sundance....or at the Academy Awards in Hollywood. Now I'm really happy I entered this festival.  But wait, there's more.  They pick us up at the airport and take us to a park in the center of town for the "Kick-off  BBQ" - and practically the entire town is there is there to welcome us!  OMG!  They even applauded all of us when we exited the bus...and we were strangers...from out of town.  Never have I seen such hospitality anywhere...and we travel the world.

Later, being introduced to Josh, who told me he's been to a bunch of festivals and wanted to take the best of all of them to make his...well, I can tell you, he certainly did.

To date this film has won over 30 Best Film Awards, and even the Hollywood Reporter noted it was “A beautiful and dramatic film...” and indeed it is.  The beauty and vastness of Alaska creatively captured cinematography-wise by Hillary Spera, the intuitive and perceptive direction of Frank Hall Green. Yes, a beautiful and dramatic film. But it is also more, so much more.

American Literary Magazine noted this is “A genre-defying film with an unmistakable indie spirit…” - and Amanda and I both agree 100%.  But think about that phrase - genre-defying AND an independent spirit?  Isn't that was we want in a movie?  Wildlike delivers this.  In spades.

Check out the trailer: 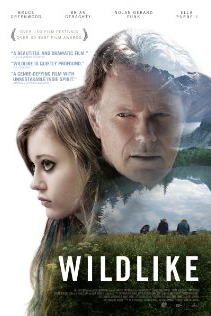 Wildlike comes out at a theatre (hopefully) near you or on demand September 25th.  So find this film, watch this film, get this film - its one that will make an impression on you, and the rest of your family. For generations...

It’s very difficult to make Amanda laugh.  Me too, for that matter.  But to make both of us laugh?  Together?  But we did laugh…a lot.

Tommy Beardmore (Shameless, Chicago PD) weaved his way through a cast of wacky (but believable) characters that had us wonder if a matured Napoleon Dynamite were ever to get divorced.  D'Arcy Fellona (30 Rock, Anger Management) is what Amanda calls: "real".

This is a coming of age story for those hitting 30…or 40….or 50.  (I'm 61 by the way, but will speak for my generation.)  Ask any older person who saw this, they’ll relate to it. Ask a lot of the younger kids and you''ll more than likely get the same answer. Here, see for yourself, check out the trailer: 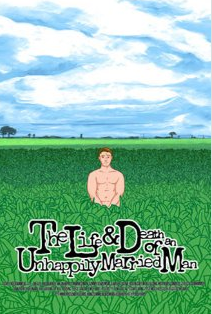 We know in the future you'll be seeing a lot more from the entire crew that put his together, from the writer, stars, and even those who you didn't see much, from Kate Froehlich as that weird woman we've all ran into, to Chris Pinner who did the magnificent artwork....watch for them...

We loved every minute being in Woodward, Oklahoma.  It's this feeling of love that will have every film maker in the world wanting to show their film here.  For Woodward Oklahoma is now on the map, on the international film festival map, and mark my words, in a year or two, there will be thousands of people coming to future Twister Alleys... 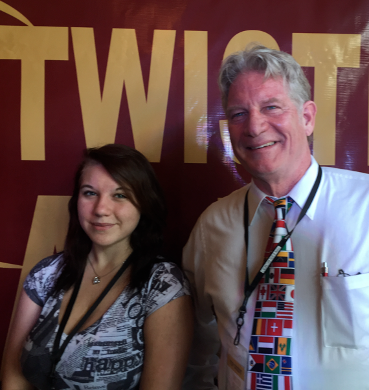